NEW YORK – The idea that digital advertising was going to solve the age-old dilemma of shotgun advertising and offer perfectly targeted ads is being brought into question by new data.

An article last week on Bloomberg.com tells the story of Ron Amram, who’s been in the brand marketing business for about 20 years. Formerly at Sprint and now with Heineken USA, where he oversees an annual ad budget in the $150 million range, Amram comes face to face with stunning news: digital return on investment is at best elusive and, at worst, a fantasy.

In 2013, Heineken replaced its former bottle design with a long-necked version that supposedly keeps the beer cold longer. “We had a healthy investment in TV, local media, and digital,” he says in the story. “We thought digital would come close and compete with television in terms of effectiveness.”

Late that year, he and a half-dozen gathered in a New York conference room for a presentation on the performance of the online ads. They were stunned. Digital’s return on investment was around 2-to-1 – a $2 increase in revenue for every $1 of ad spending, compared with at least 6-to-1 for TV. The most startling finding: only 20 percent of the campaign’s “ad impressions” – ads that appear on a computer or smartphone screen – were even seen by actual people.

Bloomberg reports that the marketing industry is now learning that many digital ad viewers aren’t human. A study in conjunction with the Association of National Advertisers (ANA) embedded billions of digital ads with code designed to determine who or what was seeing them. Eleven percent of display ads and almost a quarter of video ads were “viewed” by software, not people. ANA says fake traffic will cost advertisers $6.3 billion this year.

The article reads: “Fake traffic has become a commodity. There’s malware for generating it and brokers who sell it. Some companies pay for it intentionally, some accidentally, and some prefer not to ask where their traffic comes from. It’s given rise to an industry of countermeasures, which inspire counter-countermeasures.”

Fernando Arriola, vice president for media and integration at ConAgra Foods, tells the article’s authors: “It’s like a game of whack-a-mole.”

Consumers, meanwhile, to the extent they pay attention to targeted ads at all, hate them: The top paid iPhone app on Apple’s App Store is an ad blocker.

The authors conclude by saying ad fraud may eventually turn into a manageable nuisance like shoplifting, something that companies learn to control without ever eradicating. Advertisers generally see lower levels of fraudulent traffic by dealing directly with publishers rather than using programmatic exchanges.

Read the full article at: http://www.bloomberg.com/features/2015-click-fraud/ 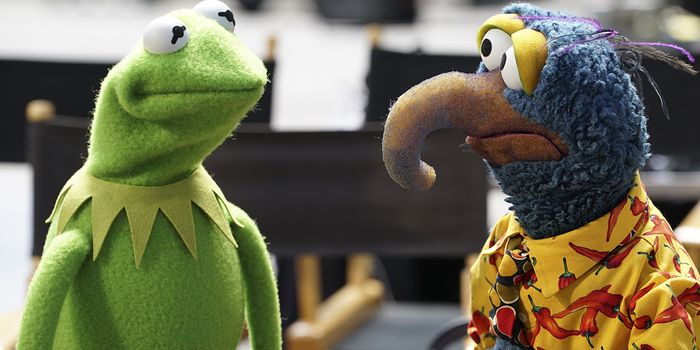 ENLARGE
ABC’s “The Muppets” is one of 44 new shows this season from the big broadcast networks. PHOTO: ERIC MCCANDLESS/ASSOCIATED PRESS
By
NATHALIE TADENA

TV networks have been shelling out big bucks to market their new fall TV lineup—and for good reason.

Even as the TV industry faces mounting pressure from consumers who are opting to “cut the cord” or watch programs on streaming services and mobile devices, new research from data and analytics company Annalect found that most consumers find out about new programs from television itself. And many people still make an effort to watch their favorite show on live TV.

According to the report from Omnicom Media Group’s Annalect, 55% of the TV viewers polled said they typically discover new shows from watching TV commercials. More than a third of respondents said TV channel surfing was another primary way they first find out about new programs.

“Television still prevails,” said Pam Marsh, director of Annalect’s primary research and insights group. “Television is high on the path to discovery and plays such an important role still in content consumption.”

Annalect’s data comes as the new fall TV season gets underway this week. Networks are holding their breath during the big fall premiere week to see which freshman series will strike a chord with viewers. The big broadcast networks will debut 44 new shows this season, and NBC’s “Blindspot,” CBS’s “Supergirl” and ABC’s “The Muppets” are among the shows that networks have high hopes for.

TV, of course, isn’t the only way that viewers find out about new content. According to Annalect, 34% of respondents said recommendations from friends and family are one of the top five ways they found out about a program. Only 12% said they discovered a new show because of online advertising.

The emergence of streaming and video-on-demand services has provided viewers with more ways to consume their favorite TV shows when and where they want. But that’s also meant an explosion in the number of programs out there for viewers to watch. Annalect’s study found that 71% of respondents are “overwhelmed” by the glut of TV options.

Netflix earlier this week also released data on when users fully commit to some of the streaming service’s most popular shows, providing further insight into viewers’ habits.

With the deluge of TV programming viewers have to choose from, Annalect found that 83% of viewers consider a program’s storyline to be the most important factor in choosing what to watch. More than half of the respondents said they can tell whether they’ll become a regular viewer of a show after watching just one episode.

And if viewers are hooked on a TV show, they’ll make the time to watch it live, Annalect’s data indicates. About 49% of respondents said they’ll try to be home in time to watch their favorite program, and the same percentage said they plan their program viewing ahead of time.

TV advertising may be the key for companies looking to drive online traffic.

So says a study from the Video Advertising Bureau, a group that promotes the selling power of TV ads–so take these findings for what they are, coming from an interested party.

The group’s study found that 82 percent of brands showed a direct correlation between TV advertising and website traffic. Of the 85 companies it examined that had website traffic increase, 87 percent of them had also increased TV spending.

On average those advertisers increased TV spending by 22 percent and saw web traffic jump by 24 percent.

The positive correlation was strongest among telecom brands examined by the VAB. The group found that 11 telecom brands increased TV spending, and all 11 also saw web traffic increase.

On the other end, VAB says 16 restaurants increased TV ad spending, but just 12 also saw web traffic increase, for a correlation of 75 percent, the lowest among six categories of brands examined.